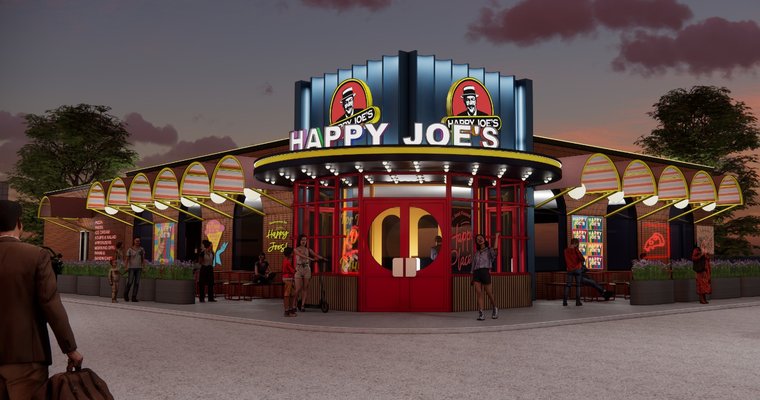 Dynamic Restaurant Holdings, which owns the Happy Joe's Pizza & Ice Cream and Tony Sacco's brands, filed for Chapter 11 Federal Bankruptcy protection this month, according to a Sept. 2 filing in the District of Delaware, which said that the company had $5.3 million in secured debt and will close some stores. The company's two franchising entities — Happy Joe's Franchising and Tony Sacco's Franchising — were not part of the filing.

The company issued a press release on Sept. 2 saying that none of Happy Joe's 44 or Tony Sacco's two franchised locations would be affected. Happy Joe's, however, has closed four company locations in recent months, and the brand closed two company-owned Tony Sacco's units.

Tom Sacco and Tony Sacco are not related.

"While nobody wants to put a company through a restructuring, it was the right thing to do for the long-term health and continued growth of the iconic Happy Joe's brand," Sacco said in the news release. "When I arrived at Happy Joe's, I figured out really quick where the problems were. With COVID wreaking havoc on our industry, expensive sale-leasebacks of company-owned restaurants taking place just prior to my arrival, a significant increase in food costs exacerbated by supply chain issues, and an ever more difficult labor market, our challenges kept increasing exponentially."

Sacco told Pizza Marketplace in June 2022 that Happy Joe's had 30 restaurants in the pipeline with a couple of large deals in the works, including one in the Middle East.

Sacco told Pizza Marketplace Tuesday afternoon that at least six Happy Joe's are slated to open in 2023, and up to 10 depending on supply chain challenges. When asked how Tony Sacco's and Happy Joe's plan to weather the storm, Sacco said the storm had already started to subside.

"When the company did a sale leaseback back in 2018, the owned and paid for real estate created new debt at 2018 prices when some of the real estate (such as the Rockingham, Iowa, location) was almost 40 years old," Sacco said. "That added debt, coupled with the unforeseen Covid-19 complications from supply chain issues, inflation, staff hiring shortages and significant increases in wages, created the challenge that I inherited; however, I knew what was required to resolve these challenges and accepted the opportunity to lead this great family-centric pizza brand back to good health and much better times. There are only two corporations that are impacted. Those two corporations, the first operates our company Happy Joe's, and the second operates our company Tony Sacco's.

The brand also signed an agreement to open a new Happy Joe's prototype in St. Louis.

"After we have our plan of reorganization confirmed which should be in November of this year, our future looks much brighter as a financially healthy corporate entity and with brands that today's consumer, both domestically and internationally, are very supportive of and passionate about," Sacco said.