The brand's GPS-enabled feature will provide customers with local deals that may not be available nationwide. 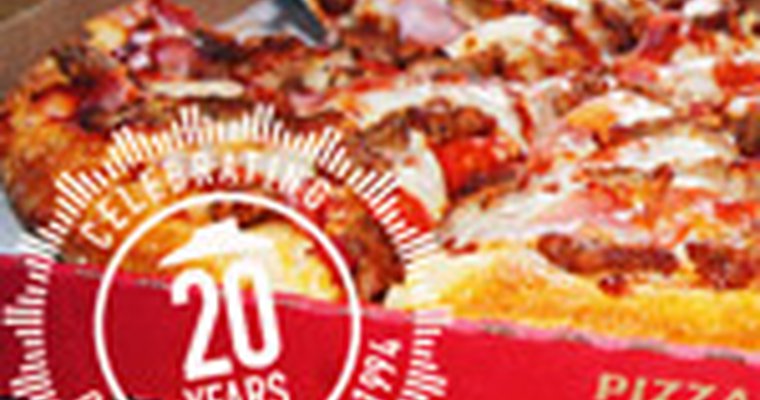 As Pizza Hut marks the 20th anniversary of its first online order — offering 50-percent off through Jan. 10 — Kevin Fish, senior manager of eCommerce Technology, said there are "no signs of slowing" in the digital space.

Currently, 30 percent of Pizza Hut's sales come from digital channels. Half of those are from mobile. To meet the growing demand, the company recently reintroduced its mobile apps for Android, iPhone and tablets, as well as its mobile website. The new apps allow for faster ordering, according to the company, and are GPS enabled to offer deals based upon user location.

Fish spoke to PizzaMarketplace.com about the new features, mobile growth and the benefits of advancing robust digital channels.

PizzaMarketplace.com: Do you see the mobile channel passing online? If so, why and when?

Kevin Fish:Absolutely. It already is. Roughly half of all digital orders come via a mobile device vs. a desktop computer. The advent of tablets to go along with smartphones has progressed this forward.

PizzaMarketplace.com: What is the benefit to the consumer of having an enhanced mobile app?

KF: Convenience and meeting them at their point of need.

PizzaMarketplace.com: What are the benefits for the chain? Why now for the enhancements?

KF:It's important that we're where our customers are and that our experience meets and exceeds their needs. The app offers us the opportunity for a highly engaging and personalized experience. Meeting our consumers at their point of need is become more and more important as technology continues to advance. Our opportunity now was to provide the best experience in the industry with enhancements that meet those consumer demands.

PizzaMarketplace.com: In your opinion, will mobile continue to be dominated by big pizza chains or will smaller players be able to compete?

KF:As with any technology, it has become more accessible over time. Even today, the technology exists for smaller players to conduct commerce on any connected device.

PizzaMarketplace.com: Would you say that mobile is the fastest growing tech trend ever?

KF:Internet-based technology, which includes mobile devices, has definitely grown faster than any other technology advancement in modern history.

PizzaMarketplace.com: Where will we see mobile in a year from now? Is the fast-paced growth sustainable?

KF:Even as we're seeing today, mobile devices per user outnumber any other personal tech by leaps and bounds. It shows no signs of slowing.

PizzaMarketplace.com: What benefits will the GPS feature offer?

KF:Based upon your location, it will provide you with local deals that may not be available nationwide.

KF:We've only just begun to unlock the potential of this feature, and other console-based applications.

Pizza Hut is marking the 20th anniversary of its first online order by offering 50-percent off any medium or large pizza ordered online from Jan. 1-10. According to the company, "PizzaNet," the original digital ordering hub, launched in 1994, with the first order being a large pepperoni, mushroom and extra cheese pizza.

The 50-percent off promotion is the company's "best ever" online deal, according to a news release.

"We want to celebrate the fact that before consumers could buy books, clothes, music or vacation packages via the internet, they could place an online order for a Pizza Hut pizza," said Carrie Walsh, chief marketing officer at Pizza Hut. "We're doing so by giving back to our customers who have helped us lead the way with digital innovations over the last 20 years."

To celebrate the anniversary, Pizza Hut offered a timeline glance of its digital channels. After the initial order in 1994, Pizza Hut introduced advance ordering in 2003. In 2007, the company launched a Facebook page.

Online sales hit $1 billion dollars by 2008, and in 2009, Pizza Hut launched an ordering app for the iPhone. The company said the popularity of the app led to similar versions for Android smartphones and the iPad, as well as a revamped mobile web ordering experience. In 2013, the company jumped into the Xbox ordering space.

Digital orders have increased 100 percent since 2009. Mobile ordering, the fastest growing division within digital at Pizza Hut, has grown by 4,000 percent in the last three years. In 2013, Pizza Hut surpassed $6 billion in all-time digital sales.

"Our focus on digital, from 1994 to today and into the future, is about creatively engaging with our customers in ways that fit their evolving lifestyles," said Rohit Kapoor, chief information officer at Pizza Hut. "We knew we were on to something 20 years ago with PizzaNet, and we haven't stopped innovating since the day that first order was placed. We feel 2014 will be a banner year for Pizza Hut on the digital front and we're excited to kick it off with a big 'thanks' to our customers in the form of 50 percent off online orders."