James Markham doesn't predict a fast casual pizza bubble, but expects many concepts to struggle operationally in the long term. 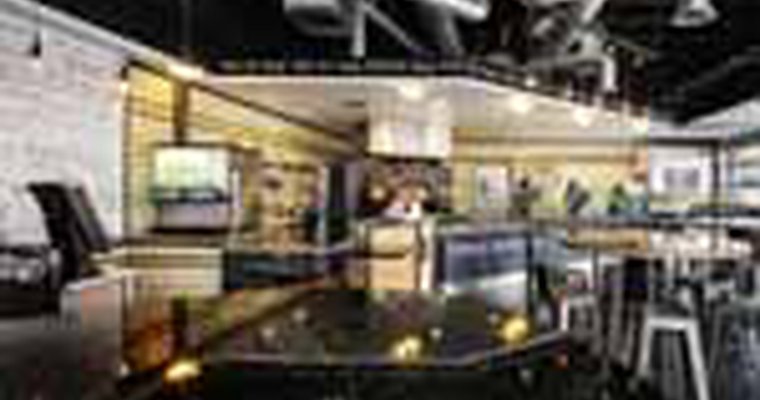 The story du jour in the pizza space is the fledging but wildly expanding fast casual niche.

New concepts are popping up all the time, and signing hundreds of development deals in every corner of the country. James Markham has a strong pulse on this trend. He founded Project Pie in 2012 after launching MOD Pizza in Seattle and Pie-ology in Fullerton, Calif.

Markham has since sold his stakes from the first two concepts and is now focused on expanding the Project Pie brand, starting with a 25-unit agreement in the Philippines. The first three locations are slated to open this year in the Metro Manila region, and the rest are expected to open within the next three years.

In the U.S., Project Pie currently has two locations — the MGM Grand in Las Vegas and the Hillcrest neighborhood in San Diego – with several domestic locations set to open this year, in Los Angeles County, Boulder, Colo., and Manhattan. Last month, the company named former Qdoba executive Todd Owen as its VP of Franchise Development, a position specifically created to drive growth for the fast casual brand.

PizzaMarketplace had the chance to talk to Markham about the brand's strategy and the expanding fast casual pizza category.

PizzaMarketplace: All three of your concepts — Project Pie, MOD and Pie-ology — are relatively young. What inspired you to launch three separate brands, rather than growing/focusing on one?

James Markham: I always had a very specific vision of how this concept/segment was supposed to be done. My partners in MOD and Pie-ology had different visions. But I created both, so I wanted to make sure I had the freedom to do it the way I thought was best for the brand.

PizzaMarketplace: What makes Project Pie different than MOD and Pie-Ology?

JM:Project Pie is the culmination of all the work I put in, as well as all the screw-ups I fixed. It is the best iteration — better food, better vibe, better design, better flow, better experience in every way.

PizzaMarketplace: How does Project Pie differentiate itself from the vast pizza space in general?

JM:Not to be redundant, but I'm not joking when I say, 'Better food, better vibe, better design, better flow, better experience in every way!' If you were to come into Project Pie and look at our competition and other copycats, you would feel the difference.

PizzaMarketplace: As you grow Project Pie's international footprint, what are your future expansion goals with the brand?

JM:I want to make sure we grow in a way that is best for the brand, to create something great that has longevity. Our competition is franchising as fast as they can without much corporate development. If you are not doing company stores, how do you really understand what your franchisees are going through? And if you didn't create the segment, but instead copied someone else's brand and hired a chef to do your pizza or hired a designer for the look and feel, it's not part of your core. Can you really create something great?

PizzaMarketplace: Fast casual/top-your-own is a major trend in the restaurant industry. Why did you choose this particular segment?

JM:Well, when I started this build-your-own pizza segment I was inspired by Chipotle. Not only the service model, but also their irreverent way of branding and their food quality ... just the way they did all of it.

PizzaMarketplace: Do you think there will be a fast casual pizza bubble, with all the new concepts popping up?

JM: It will not be a bubble, but a lot of these people who don't really understand how to do it and operate properly will have trouble sustaining it long term and will for sure have trouble servicing their franchisees.

PizzaMarketplace: What can we expect from you in the near future?

JM: I love to create cool stuff, but I really dig Project Pie. We are about to do some very big things in the very near future...stay tuned!

Check out some photos of Project Pie.