A look at the top 2013 pizza menu trends 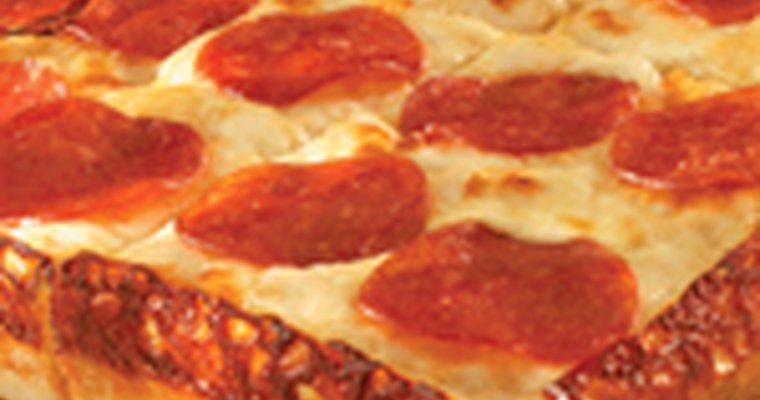 In a year full of lengthy pipelines, Domino's Pizza, the 16th largest restaurant chain in the country according to Technomic, finished 2013 without any new product news. The company's CFO Michael Lawton said "you need something new to communicate to your customer." Domino's just happened to communicate its technology features instead of its menu this year.

Accordingly, Sbarro introduced its "Skinny Pizza" to kick off the New Year, with 270 calories. LaRosa's rolled out a lower-calorie menu in March, called "B Good 2 U," while Mazzio's added an "Ultra Thin Crust" to its lineup.

Other notable pizza menu trends from 2013 include:

Requests for gluten-free menu offerings have reached a new high and pizza brands continue to answer the call. This year alone, Donatos, Top That!, California Pizza Kitchen and Uncle Maddio's have added gluten-free offerings to their menus.

According to GuestMetrics, the pizza segment turned in strong sales in Q1 2013, driven in large part by expanded flatbread offerings. GuestMetrics' data showed more than $8 billion in sales in 2012 and 8.8 percent growth in Q1.

"To put the importance of this in perspective, while non-flatbread pizzas were 83 percent of total pizza sales in Q1 '13, about 60 percent of the incremental growth for pizza was due to strength in flatbread pizzas," said Peter Reidhead, vice president of strategy and insights at GuestMetrics.

Fewer crusts are being tossed in the trash with the empty pizza box, as this year crusts were just as part of the innovation process as the toppings. Pizza Hut's 3 Cheese Stuffed Crust is the brand's first permanent menu addition in nearly 20 years and features a crust stuffed with white cheddar, mozzarella and provolone cheeses. Pizza Hut also reduced the size of the crust by introducing pizza sliders to the market.

Hungry Howie's marked its 40th anniversary in 2013 by spotlighting a different flavored crust each month, from onion parmesan to garlic sesame and cheese puff.

Cody Pierce, vice president of Marketing at Pizza Ranch, told PizzaMarketplace.com in May that international flavors and seasonality are big menu trends. His brand launched a sweet chili pizza in the winter, and more recently introduced the Meaty Tahiti.

Topping last year's list and returning as a top trend this year is chicken. Mintel Menu Insights reported that the number of U.S. menu items with poultry as a main ingredient has climbed an average of 12 percent in the past three years, driven by higher beef prices. The pizza segment has experienced nearly double that growth.

Plenty of other brands also stepped up their non-pizza focus this year. Fresh Brothers, for example, rolled out King's Hawaiian meatball sliders in the fall to such fanfare, it is now a permanent offering.

Desserts seemed to be a priority, with Papa John's launching a new family-sized chocolate chip cookie, cut into eight slices and served warm. Pie Five added a Pumpkin Patch Pie in the fall, and a peppermint brownie earlier this month.

In addition to higher beef prices leading to more chicken use, pork has also been on the rise. Mellow Mushroom's recently released Bootleg Bacon Fest menu tapped into this trend, featuring Bubba's Bacon Bonanza, with bacon, ham and pulled pork; The BLT Buckle, a BLT-style pizza; and the Doublewide Cuban-style sandwich.

According to Mintel Menu Insights, "premium" menu mentions has risen from 69 in 2007 to 138 in 2012. Papa Murphy's introduced a premium pizza line earlier this year, featuring ingredients such as fennel sausage, goat cheese, prosciutto, fresh mozzarella and arugula.

Finally, because of their versatility and high-profit margins, restaurants have been stepping up their beverage options throughout the past few years. Shakey's Pizza Parlor added smoothies this year. Old Chicago Pizza and TapRoom just unveiled a rebranding campaign, including a commitment to local craft beers, with each restaurant featuring 36 rotating craft beers on tap.